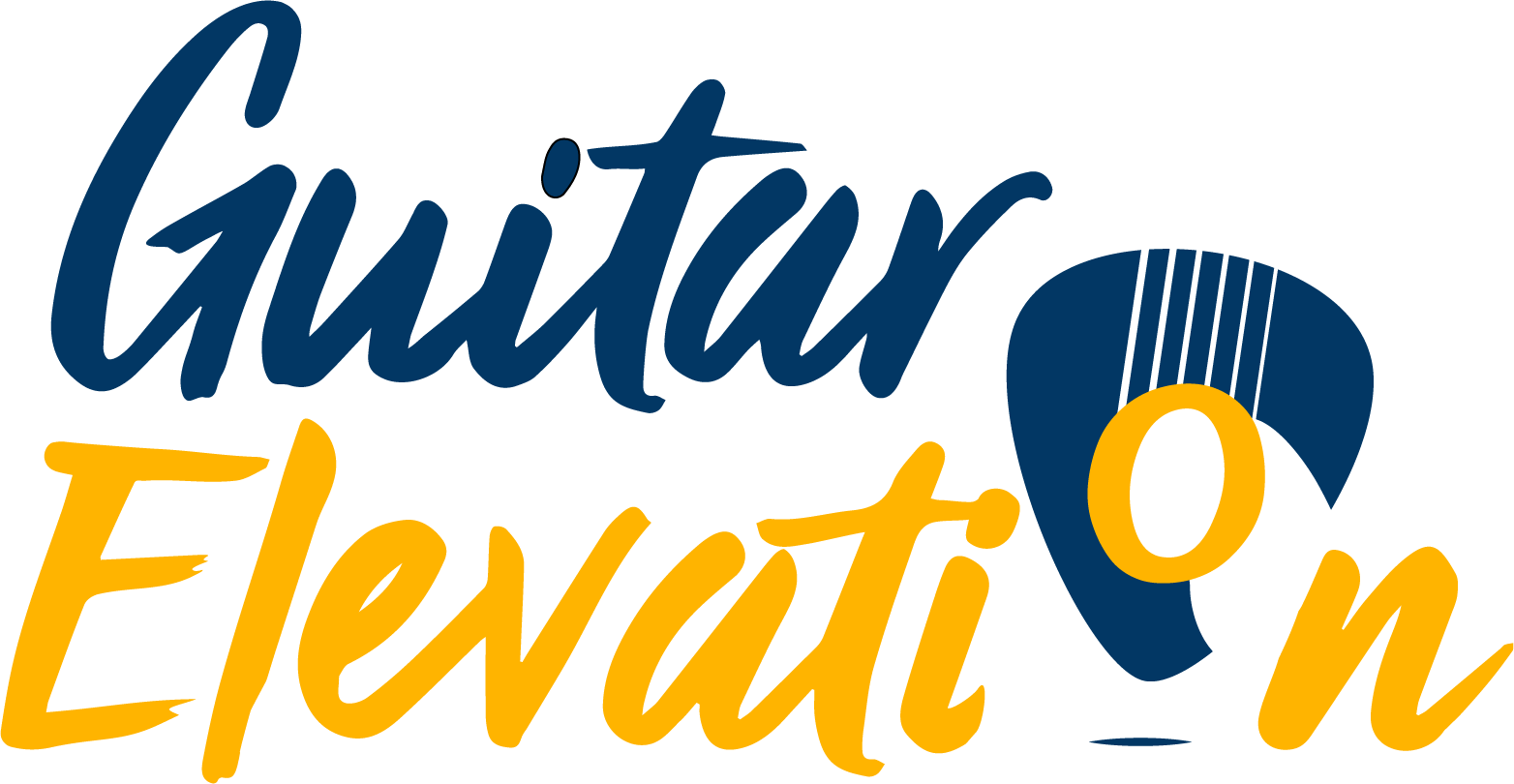 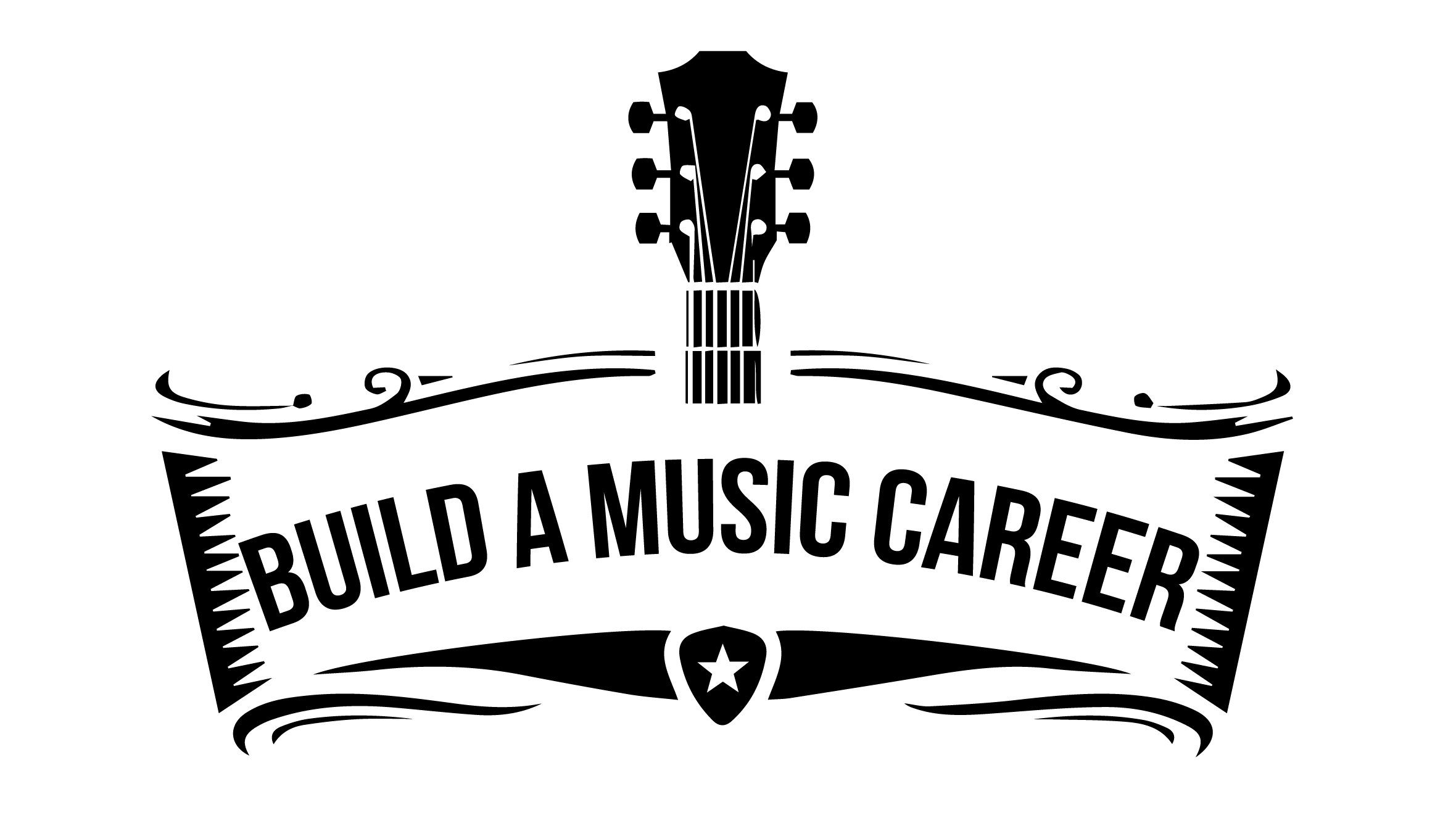 What to do When You DON'T Feel Like Practicing Guitar

What To Do If I Don't Feel Like Practicing Guitar

So I'm gonna be talking a little bit and no guitar playing today but I just want to tell you something if you don't know me well I'm Jack nice to meet you and I own a guitar school where I live and I teach hundreds of students every single week and then I have also the website that you can find below where we also teach people online on how to get better at guitar, whether through you know learning songs or technique improvisation anything that you want it doesn't really matter what matters is the result that I can get to my students and this is why I think you should listen to me today because I get it I keep getting those questions from my students I don't feel like picking up the guitar should I stop you know taking lessons because I don't feel like practicing although I love guitar and I love music in general or I didn't have time to practice this week because blah blah blah blah blah blah...

Now okay, I admit sometimes life gets in the way but usually, these people are just making excuses so let's start talking about that I'm going to talk about the problems and then I'm going to offer you some solutions basically I'm going to offer you what I personally do in order to get over this feeling because it's only a feeling and it's not a reality I'm going to tell you what I'm doing right now these things might change in the future and I have no problem uh telling you about them whenever and
if I change my mind on that but I'm gonna share with you what I'm doing right now.

But first, let's talk about the reason why you guys are not getting excited to pick up your guitar
I'm saying you guys because if you're watching then it means you're in this position just like a thousand or million guitar players if not all guitar players in the world. We all feel that so let me start by saying that we all feel that and that it's okay to feel like that but here's
the thing:

It's only a feeling, practice guitar anyway...

It's only a feeling. imagine yourself falling in love right with a new person this feeling will go away after a while and it's the same thing with guitar when you're first playing guitar you fall in love with the guitar and then if you don't maintain that fire well guess what's gonna happen you're gonna fall out of love and the same thing is true for the guitar you gotta maintain that fire and you're gonna work for it.

the culture right now that we face in this age is that if something doesn't feel right I shouldn't be doing it or if I don't feel like practicing then I shouldn't be practicing. sometimes this is true if we're you know burnt out or if we have some problems going on in our lives but these are really a minority of cases so what I'm telling you is that since this is only a feeling you gotta practice despite what you feel or in spite of that feeling that's the difference by the way between the professionals and just the amateurs and that's the difference between those who made it as guitar players and those who have mediocre results believe me there is no secret there's no secret pill that you can take and then suddenly you get the appetite to practice or you're just gonna become a guitar hero overnight no it's practicing every single day consistently no matter that practice duration. so if you're practicing for an hour that's fine if you're practicing 30 minutes that's also fine but it depends on how you're practicing and that's another topic for another day.

However it could be enough you don't have to practice three hours a day and sometimes you put
the pressure on yourself that hey I need to practice three hours a day or else I'm just gonna be a failure
well guess what since you're putting that pressure on yourself and you're not practicing anyway
you might as well start practicing 30 minutes and start seeing results I know I'm rambling here but I really needed to get this point across now that's point number one the difference between a pro guitar player and an amateur is that they do it no matter what they practice no matter how they're feeling.

... Or the Guitar Boss Will Fire You!

Pro guitar players practice no matter how they're feeling in the moment. and this is true for athletes bodybuilders you know business owners or even people that have jobs or people that go to school so let's talk about that you might be in school university college or you might have a job I'm pretty sure when you wake up in the morning you don't feel like going to work or to school but you do it any way you see what I'm saying?

So you see what I'm saying you gotta be your own guitar boss you gotta treat it like uh school or like work you just cannot skip it you gotta do it and speaking of athletes bodybuilders and business owners let's talk about business owners a little bit.

It is said that a good business owner is someone who pay themselves first you know so like at the end of the month they look at the balance sheet and they're like okay I'm gonna pay myself first and then I'm gonna think about how I'm gonna pay the loan the mortgage the employees and all of that.

Well let's take that for a second and apply it to the guitar world well you gotta practice first that's what I'm saying and that's what I do that's what I've been doing for the last couple months right now I've been practicing
just half an hour sometimes 40 minutes sometimes even an hour if I feel like it first thing in the morning like I wake up,  get myself a cup of coffee and I just sit down and I start playing scales you know.

That's what I do first thing in the morning and I have a small routine that I go through but at least I'm getting 30 minutes in the morning before even starting my day and that's what you should do if you are able to do that or you could do it at night I do that sometimes at night I practice in the morning and at night before I go to bed even if I'm already asleep like sometimes I sleep on my guitar okay but guess what I'm still making progress even if that progress is incremental and very small I'm still doing progress because I keep at it I pay myself first I practice first
and you need to do the same thing.

Here's what's gonna happen you're gonna take that guitar you're gonna practice for five minutes and without even knowing time is gonna fly by and you're gonna look at your watch and without knowing you you've practiced for an hour or for 30 minutes or whatever that is all right so these are things that I advise you to do.

Do the work don't be passive when watching Youtube Guitar Lessons

And one last thing when it comes to youtube since you're watching this on youtube right now do the exercises no don't just binge-watch videos take your guitar, be proactive, and do the exercises with the video lessons and that's what I advise you to do.

So these were my tips for you if you ever feel that you need guitar lessons or somebody to show you the way don't hesitate to check out guitarelevation.com and see if we're a good fit for you alright take care and I'll see you in the next video 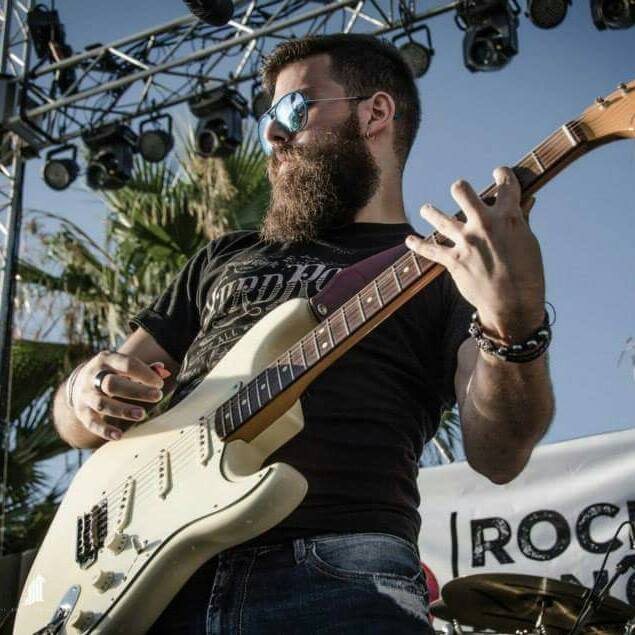 Author: Jack Haddad
Jack Haddad is an expert Guitar educator and teacher and has been helping guitarists, through his innovative methods, get incredible results on the guitar, whether they want to jam with friends or rock out on the big stage.

You can find out more about Jack Haddad's teaching here: https://www.jhguitarschool.com 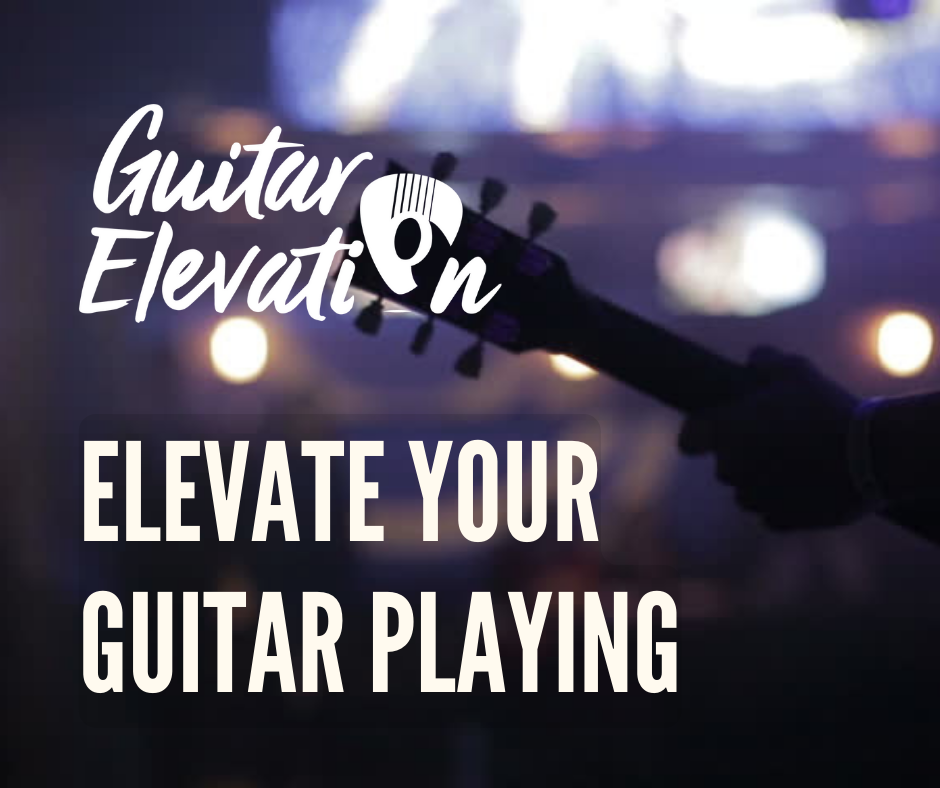 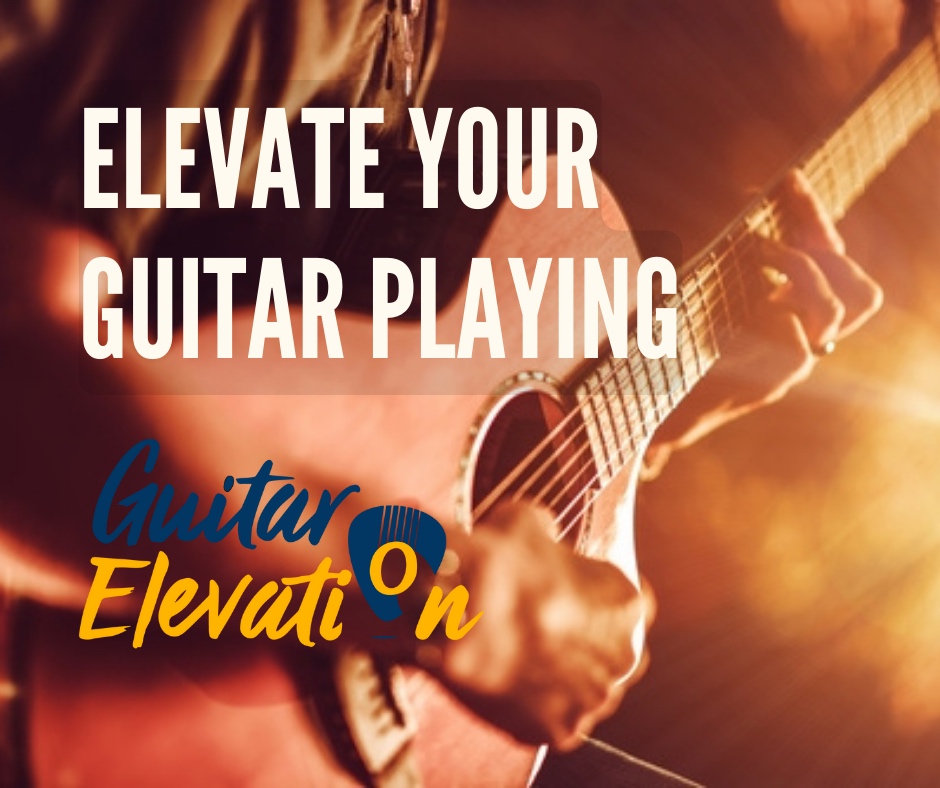 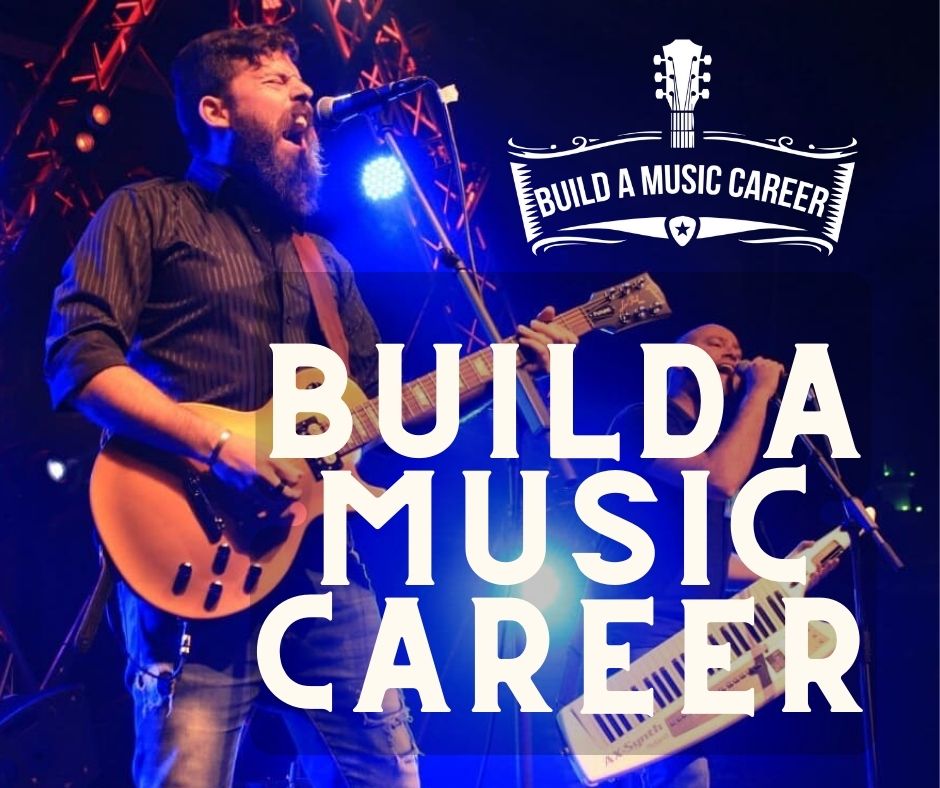 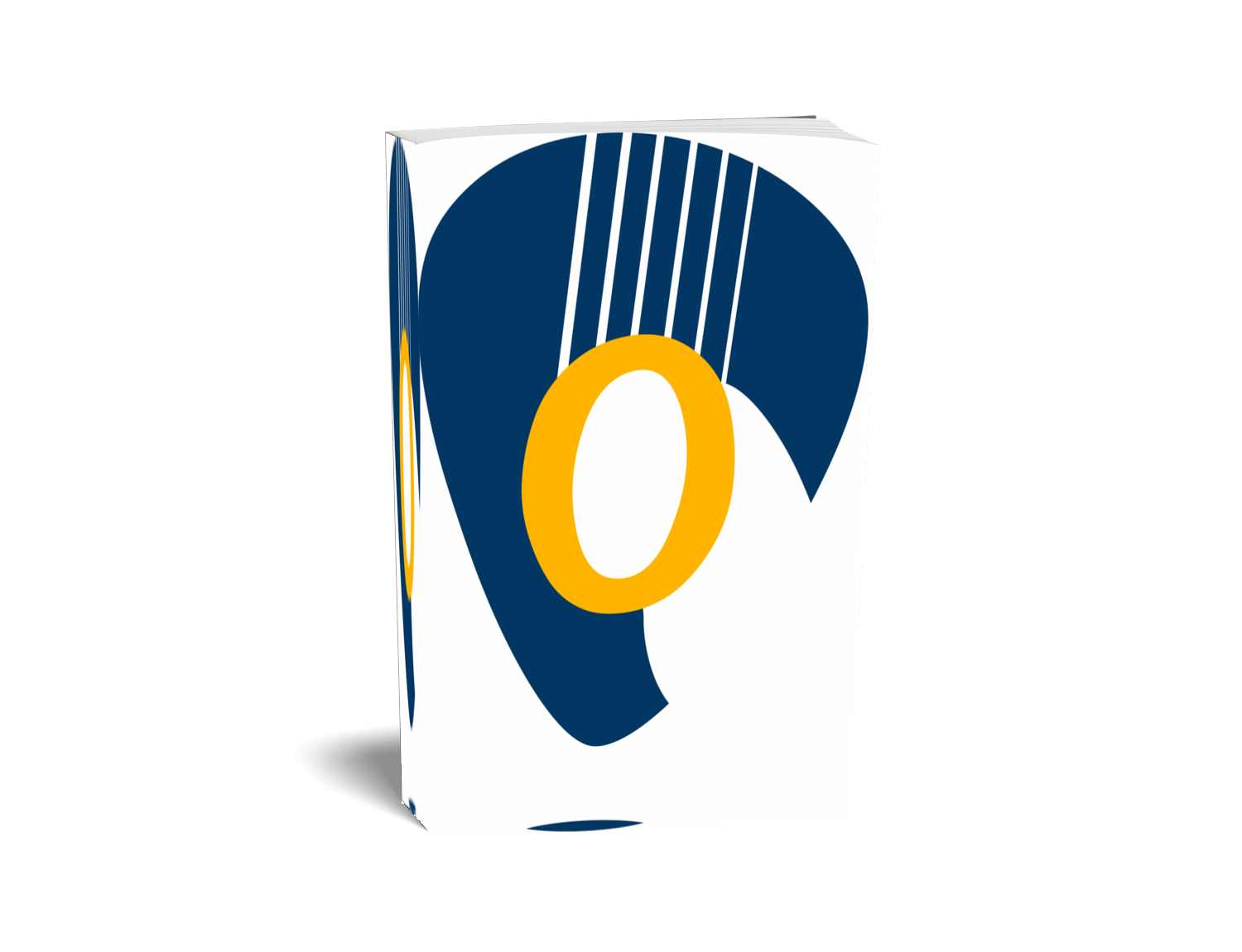 Free High Quality Guitar Lessons ...
Gain access to hundreds of FREE lesson materials, handouts and tabs that have so far helped thousands of guitarists elevate their guitar playing and overcome their playing frustrations on Guitar without having to waste valuable time browsing the internet through low quality lessons!
Decline
Yes I Agree
We use cookies to give you the best possible experience on our website. By continuing to browse this site, you give consent for cookies to be used. For more details please read our Cookie Policy
Yes I Agree
Decline
;